Dead end streets.  The end of a wrong turn taken somewhere. It can be as harmless as simply turning around, retracing your steps and taking the right path. Then again it may seem as if your entire life's journey has been a wrong turn and the result is a dead-end life.  I suspect that's what British songwriter Ray Davies had in mind when he penned this tune:

What are we living for?


Two-roomed apartment on the second floor.
No money coming in,
The rent collector's knocking, trying to get in. 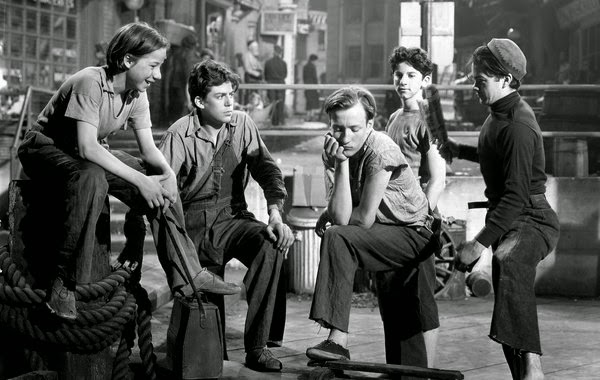 It does however represent the truth  even today. But the good news is being on a dead-end street isn't necessarily the end - merely a challenge that needs to be overcome. Heck - the Dead End Kids became the Bowery Boys so there's always hope. 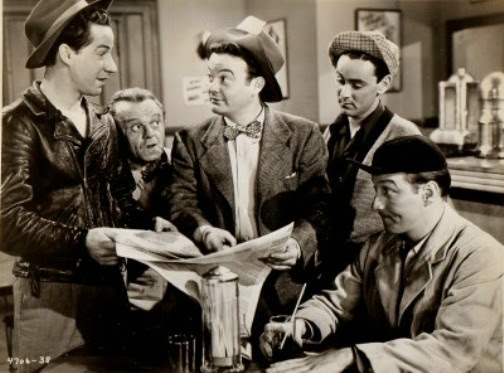 I spent many  a Saturday afternoon at the Uptown Theater in Pueblo, Colorado watching the antics of the Bowery Boys - Slip, Satch and the gang.

Thats your quick shack take on this week's topic - which came to us via our pal Maxi in Florida.  Check out where the other LBC folks ended up on their Dead-End Streets.

At 24, he had Oswaldo the Rabbit, his first successful cartoon character, stolen from him by Universal Studios. At 25, MGM told him no one would ever like Mickey Mouse. At one point in his twenties, Walt Disney was so poor that he resorted to eating dog food..  Who woulda thunk it.  Yep - he qualifies as an all's well that ends well story.

Benjamin Franklin dropped out of school at age ten. Franklin's parents could only afford to keep him in school until his tenth birthday. That didn't stop the great man from pursuing his education. He taught himself through voracious reading, and eventually went on to invent the lightning rod and bifocals. Oh, and he became one of America's Founding Fathers.  I'd say that ended well.

Steven Spielberg was rejected from USC, twice.  You read that right. One of the most prolific filmmakers of all time, the man who brought us "Shindler's List," "Jaws," "E.T." and "Jurassic Park" couldn't get into the film school of his choice. Maybe, just sometimes, education can be a little overrated. In the end, Spielberg would get the last laugh, when USC awarded him an honorary degree in 1994. Two years later, he became a trustee of the university. Yep – another ended well scenario.

Yep - clearly Russ Hodges, Bobby Thompson and Giants fans had an all's well that ends well moment.  Talph Branca and Dodger fans?  Not so much.

On the list for sheer improbability, there is no comeback more unbelievable than the last few seconds of the 1982 Big Game. Five laterals and one game-winning touchdown later, The Play smashed its way into American sports history. Oh, and the Cal football team defeated Stanford 25-20.  Surely Joe Starkey had a moment.  Stanford fans?  Yep - not so much.

My point in all of this?  Physics tells us for every action there is an equal and opposite reaction.  So to is it in life.   Call it winners and losers or something else if you like but the fact is, there are 2 sides to everything. So keep that in mind when you next celeberate your happy ending.

That's my quick shack-take on this week's LBC topic, Tune in next week - same Bat time, same Bat channel for another installment.

Are the Mystics right - is time an illusion??

The old fossil posed an interesting question.  One I frankly I have never considered - which makes my read the topic and shoot from the hip even more interesting, at least to me.

Tell me you didn't see this coming -

Does time exist?  maybe in the now it does but the past and future? I suspect not.  We use "time" as a convenient place marker for our lives. We recall the past by chronicling events. We mark it with photographs, written chronicles, physical evidence.  But these things are not time - they - each in themselves mark a particular presence in time - a different now that has come and gone. If things were not constantly in a state of flux would "time" really matter?

The concept of time conveniently allows us to add much needed structure to our existence, There's a  degree of comfort knowing every now has a specific "time" attached to it and although we humans cannot leave well enough alone - we created multiple time zones to make things more convenient.  But "now" on the east coast does not change the "now" here in Texas nor is it the future now on the west coast. It is simply the now.

Time travel?   What a quandry!

Einstein theorized it was possible - is it? Depends on which mystic you follow I suppose.  The notion of time travel is fascinating.  Who wouldn't want to go back and correct a mistake or two from a different now? Who wouldn't want to know who wins the next big game ahead of the event?  There is a current series on SyFy that addresses time travel  called Continuum,  It's definitely worth a look if you are interested in time travel and its repercussions.  That of course assumes time is more than an illusion - and they address multiple time lines. That classic space/time continuum gets ripped occasionally and opens up an entirely different can of worms.

Now back to the original question - is time an illusion?? Frankly I do not have the proper brainpower to comprehend the scientific discussion  in spite of my IQ as tested being kinda high. Guess it's high in the wrong area but unless Neil deGrasse Tyson or Sheldon Cooper are explaining things, I am typically bored stiff (aka it is as clear as mud).  I guess that leaves my notions and understanding of time confined to esoteric discussions like this one.  You know those discussions - the ones where the discussion in and of itself matters more than the subject or any conclusions you may reach.

If pressed I'll admit to thinking time is an illusion but its one we need.  We need the structure.

Thats my quick shack-from-the-hip tale on this weeks topic.  Please check out my compatriots in the LBC and see where time takes them - and here's a final musical time share - just to get the blood moving a bit

In the west our basic values and guidelines come from the ancient Jews -  the so-called Ten Commandments from the Torah (or as the Christians call it - the Old Testament). Its a question for historians and the faithful to decide from whence they came - when taken as a set of rules by which to live  IMHO its the content that matters. No magic or bearded entity in flowing robes required.

Once the basics are in place the teaching gets a bit tricky.  The conservative traditionalists resist change at every step of the game. That in turn leads to a situation we now face here in this country -  our educational system is based on an agrarian culture  that no longer exists and so our children are falling further behind children in other parts of the world.  It is no surprise then that we as a country are no longer the shining example we once were and still should be.

Will McAvoy was right - "Just in case you accidentally wander into a voting booth one day, there are some things you should know, and one of them is: There is absolutely no evidence to support the statement that we're the greatest country in the world. We're seventh in literacy, twenty-seventh in math, twenty-second in science, forty-ninth in life expectancy, 178th in infant mortality, third in median household income, number four in labor force, and number four in exports. We lead the world in only three categories: number of incarcerated citizens per capita, number of adults who believe angels are real, and defense spending, where we spend more than the next twenty-six countries combined, twenty-five of whom are allies" "We sure used to be. We stood up for what was right. We fought for moral reasons, we passed laws, struck down laws for moral reasons. We waged wars on poverty, not poor people. We sacrificed, we cared about our neighbors, we put our money where our mouths were, and we never beat our chest. We built great big things, made ungodly technological advances, explored the universe, cured diseases, and we cultivated the world's greatest artists and the world's greatest economy. We reached for the stars, acted like men.; it did We aspired to intelligence; we didn't belittle it - it didn't make us feel inferior.  There's more but the point is we cannot simply sit back on our heels - rest on our laurels - and survive and thrive.  It falls on us to ensure our children are properly educated to compete and succeed in this ever accelerating fast paced world in which we all live. They need to understand the moral foundation and then build upon  it and grow so that we as a culture and a society do the same.

That's my quick shack-take on today's LBC topic. And although I wholeheartedly agree with the fictional Will MvAvoy's take on things there is no other place I'd rather be then here in the good old USA.
Posted by Shackman at 6:42 AM 8 comments: