Business constraints? That is an easy one - regulations. Every business claims regulations make it impossible to do business. Ahem, it was not that many years ago when the auto industry was screaming about seatbelt restraints, mileage objectives and a whole batch of other regulations.  Thee days we jump into our safe, well-regulated cars and oh - yeah - there are several makes.  Those smart enough to comply with the regulations and savvy enough to market their products are successful and profitable.

A balanced budget? Those constraints are part of a larger issue here in the USA. We are in the midst of a cultural civil war of sorts. The far right and the far left monopolize the news cycles and bang their drums loudly. Our government - with one party owning the three branches of government is still seemingly paralyzed and accomplishing very little of consequence, with no change in sight. At this point, a balanced budget and deficit reduction are simply a pipe dream.

Personal constraints? Look back to paragraph one.  Is it lack of money, lack of education or maybe as simple as attitude? Do you need an attitude adjustment? All of these constrain us in life. and they are all relatively easy to address.     Attitude is the one that can impact the others, so it behooves us to pay close attention to our attitudes in life.

Constraints help shape our lives and culture. The USA - for example - is not a Christian nation, it is a nation with primarily Christian faiths and our culture is largely defined by Judeo/Christian values, much to the chagrin of many atheists and members of other faiths. That does not, however, mean Judeo/Christian icons can be displayed in government locations - much to the chagrin of many Christians.  We can't seem to please anyone but we keep plugging along.

Be sure to check my cohorts at their blogs - Ramana, Pravin and Ashok.

This weeks topic is Media Bias - it's a subject that has been in the news daily for well over a year,  thanks to our recent presidential election It includes a couple of other synonyms - fake news and mainstream media bias. The latter implies the conservative media is unbiased whereas mainstream media is not and the former is a term coined by POTUS45 before he was even elected as a way to create mistrust of the mainstream media. The term Repeat a lie often enough and it becomes the truth leaps to mind regarding fake news. At least it becomes the illusion of truth. Think crowd size.

Political mudslinging has been part and parcel of our electoral process since the beginning. Thomas Jefferson hired a writer to make claims that John Adams was a repulsive pedant and a hideo s hermaphroditical character. Davy Crockett accused Martin Van Buren of wearing women's corsets. For a fun read on these types of things, go here.

Newspapers have a long tradition of supporting one candidate or another but we always expected them to tell the whole truth when reporting the news. In reality people like William Randolph Hearst have always slanted their media empires. These days the right wing considers the NY Times and the Washington Post to be standard bearers for the left. An interesting factoid - the Washington Post is owned by Jeff Bezos - the uber wealthy scion of Amazon.

Media bias seems much worse in the current climate because of the prevailing 24 hour news cycle. That is a byproduct of the news for profit competition that is so prevalent these days. Every media provider is on the hunt for the next new story and cable news is the engine that drives the cycle, along with Internet media companies like Breitbart News, Huffington Post, Politico and others.

Talk radio is, for the most part, the bastion of the right wing in this country. The left has tried but not been successful at establishing a foothold in radio. The airwaves are ruled by Ruch Limbaugh, Laura Ingraham, Sean Hannity, Mark Davis and others.

Cable news' distribution is more balanced with Fox on the right and MSNBC and CNN on the left. Of course the right claims CBS, ABC and NBC are all biased against the right. I find the news operations of most of the networks report the news fairly but when it comes to their personalities - the Tucker Carlsons, Sean Hannitys,  Chris Mathews, Rachel Maddows and Keith Olbermans, etc. are proud flag wavers for the right or left. Do not expect anything truly fair or balanced from them.

Long story short, pretty much all media is biased. Anyone who single sources their information is quite frankly a fool IMHO. Even for political junkies like me, it's a jungle out there.

I do not think this situation will change anytime soon, so it behooves us as consumers to be smart about our news intake.  Fact check regularly.

Why do things happen? Does A cause B?  Consider the following - a boy enters high school. He is given an option by one of his parents - either try out for the football team or get a job. He chooses to try out for the football team.  During the course of that season, he finds he really enjoys playing football and continues to play all four years of high school and college. He does so well he is selected  ALl American and wins the Heisman Trophy. He is drafted by the NFL and signs a multi-year multi-million dollar contract. Is his newly earned wealth the result of that first decision all those years earlier to try out for the freshman football team? Partly. Many other decisions made after that first one led to that result.

Cause and effect can be defined as the concept that an action or event will produce a certain response to the action in the form of another event; also written cause-effect, cause/effect.

Cause - the US president is elected by a electoral college resulting in the possibility that a president can be elected in spite of losing the popular vote by nearly three million votes. POTUS 45 is the latest example.

Cause and effect is a large part of Buddhism, expressed through Karma.
If X is a necessary cause for Y than the presence of Y indicates the prior presence of X.  However, the presence of X does not necessarily mean Y will follow.


So how do cause and effect affect our lives? Every effect has a corresponding cause so it stands to reason that changing the causes will change the effects. To change your life change your choices. Perhaps the desired effect really requires multiple causes. Simply adding a new cause may be all that is necessary to achieve a desired effect.  At a restaurant, the menu includes your favorite cut of steak but a satisfying meal requires more than just meat so you order sauteed mushrooms, asparagus, and a dinner salad. Now in my case, a double Glenlivet added to that order would achieve the desired effect - a satisfying meal.

There are some who believe the two recent powerful hurricanes that hit in Texas and  Florida were the result of climate change. We have never had two such hurricanes come ashore in the same year let alone within weeks of each other.  Surely climate change has caused an increase in size and intensity of the hurricanes.

Unfortunately, the only thing odd about the two hurricanes is that they came ashore.  Of course, the evangelical right thinks that was God punishing us for things like gay tolerance and the general disintegration of our cultural mores. The fact is hurricanes of that size occur annually, they just do not all come ashore. They typically spin out to sea.  The Weather Channel experts suggest there is still much work to be done to link hurricane size and intensity to climate change - man made or otherwise.

Cause - I have discussed the weekly topic. Effect - that's all folks - tune in next week for another LBC blog. To see what the other LBC bloggers have to say check their blogs:  Ramana, Pravin & Ashok. Maris is on holiday in Ireland.
Posted by Shackman at 6:03 PM 8 comments: 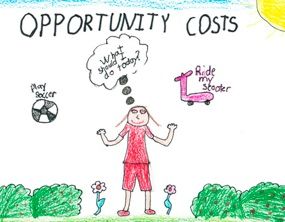 While many of us may fancy ourselves as free and independent agents making our way through the world on our own, humans are essentially social animals that crave the comfort and support of groups. The makeup of those groups may have a strong influence - in fact, probably has a strong influence on how we lead our lives.  Religion is an obvious example. In theory, your religion can influence what you eat, drink and think. Strict Jews and Muslims do not eat pork, Mormons do not drink alcohol or caffeinated beverages,  and so on. Even the Christian world has divisions between Catholic, Protestants, and Evangelicals. All Evangelicals are Protestants but not all Protestants are Evangelicals. In that regard, Muslims and Jews are denied opportunities of Christians and vice versa. And, of course, most religions ultimately believe it is their way or the highway so not choosing them will lead to a non-existent afterlife or a less than pleasant one - a not insignificant cost.

As humans, we are denied the opportunity to fly like a bird but we have the ability to invent technology that allows us to fly faster and higher than any bird. We cannot breathe under water like a fish but we can invent the technology to allow us to explore the under sea world. That means although denied opportunities by our physical makeup, we can make up for that with our minds.

Choices we make certainly can deny opportunities presented by different choices, so in that sense, those opportunities missed are indeed opportunity costs lost. Life is a series of choices and there are typically trade offs. Every choice  (risk) has a certain reward. Lives are determined by weighing the costs of lost benefits from choices not taken versus the benefits of the choices made.

That is this week's quick shack-take on Opportunity Costs of Being Human. Be sure to check what Ramana, Pravin, and Ashok have to say.