This weeks LBC topic comes from Maria in India - Up and Down.

Up and down.  Unstable? or is the instability actually stability in disguise? That depends - I suppose - on what you are discussing. Take for example the ratings of a politician. They are typically up and down, depending on what gaff he or she committed on any given day. Unless of course the pol is Donald Trump. So far he seems impervious to foot-in-mouth disease. The mind boggles. One suspects he is such a breath of fresh air ad beholding to nobody - we must be cautious of the old adage "Be careful what you wish for". The thought of the Donald as president actually is frightening to me.

Then there's the old Roman thumbs up or down scenario. Seems we got that one wrong in the movies over the years as thumbs down was actually the good sign and thumbs up spelled curtains for the recipient.


Swing sets up and down

Jazz - my oldest granddaughter - just got her very first job - at Six Flags Amusement Park in Arlington.  Talk about up and down. One could certainly get there fill of up and down there. Best benefit? Jazz gets free rides.


Personally, this old-fashioned wooden roller coaster at Santa Cruz Beach Boardwalk was more than enough up and down thrills for me

As you can see, up and down has many connotations that apply to our daily lives.  May all yours be the fun kind.

This week's topic draws its inspiration from the somewhat controversial Bill Maher and the segment with which he closes his TV show broadcast on HBO - New Rules.  I am the guilty party - I suggested the topic.


That's my take on this weeks topic. What do the other LBC  folk have to say????

,  Ashok gaelikka  Lin Padmum  Pravin and Ramana
Posted by Shackman at 2:27 AM 5 comments:

This week's LBC topic was suggested by Lin.

It has always amazed me how resilient the human spirit can be. History is packed with famous, successful people who cannot see - from Helen Keller to Stevie Wonder. Because of the value I place on music in my life, it will come as no surprise I've focused this little ditty on a musician. Rather than a better known talent like Stevie Wonder or Ray Charles I'll simply introduce all y'all to my all-time favorite guitarist - Jeff Healey from Toronto, Canada. If you've seen the Patrick Swayze movie Roadhouse you've seen and heard Jeff Healey.  Roadhouse was what I call a popcorn movie - good, mindless fun that I went to see with my late wife Lynn - a huge Swayze fan. By the time the movie ended we were both Jeff Healey fans.

Jeff was more than a guitarist - he was an accomplished jazz trumpeter as well.

Canadian music icon, Jeff Healey, was born in Toronto on March 25, 1966. Blind from early childhood due to retinoblastoma (a rare form of eye cancer), Jeff Healey’s guitar playing virtuosity and soulful voice saw him rise to prominence in the entertainment world in the late 1980s and ‘90s selling millions of albums worldwide.

Getting his first guitar at the age of three, he developed a unique style of playing. Placing the guitar flat on his lap and playing it like a lap steel, with his hands over the fret board, gave him the flexibility of fretting with all five fingers and the power of pulling notes with the strength of his whole hand.

For over two decades, Jeff enjoyed a successful music career that spanned rock, blues and traditional jazz. Grammy nominee and Juno award winner, he was a radio personality, a jazz historian and world famous record collector (owning a collection of 1920’s and ‘30’s jazz 78s that would ultimately top out at over 30,000 records).

And what did his contemporaries think of him? Stevie Ray Vaughn, upon meeting Jeff and hearing him play wanted to perform with him. This is the result -

As Swayze said to Jeff in Roadhouse - "Not bad for a blind white boy". Jeff passed away from cancer at 41 in 2008. RIP my man. I need to crank up the volume on my system for a while.
Posted by Shackman at 11:21 PM 3 comments:

The Climate in My Hometown

This weeks LBC topic comes to us from Ramana in Pune, India. I have lived in 6 different places but only 3 warrant consideration as a hometown as far as I am concerned - Pueblo, Colorado - the place of my birth, Hayward, California where I lived for over 30 years and finally Fort Worth, Texas where I have been for the last 21+ years. 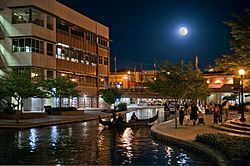 First up - Pueblo.  Pueblo is situated at the confluence of the Arkansas River and Fountain Creek, 112 miles (180 km) south of the Colorado State Capitol in Denver. The area is considered to be semi-arid desert land, with approximately 12 inches  of precipitation annually.  It enjoyed 4 distinct seasins with trypical seasonal temperature fluctuations. The summers were hot and there was snow in the winter which kept me happy as a kid. I recall spring thunderstorms wherein I'd lay onmy back in the front yard and look skyward as the rains came. We moved to California shortly before my 10th birthday and landed in Hayward. 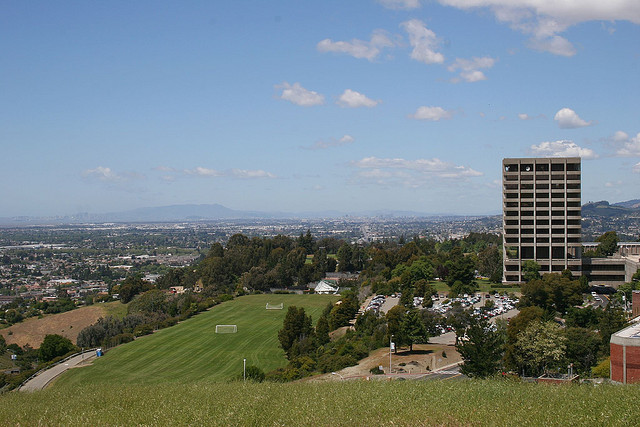 Hayward has a Mediterranean climate, and contains microclimates, both of which are features of the greater Bay Area. In 2012 the USDA rated Hayward ca as a zone 10a climate. I'm not certain what that means in English other than to say the weather in the SF Bay Area is spectacular. Dry, warm summers and cool, mild winters.  The warm season lasts from June 16 to October 18 with an average daily high temperature above 71°F. The hottest day of the year is September 1, with an average high of 75°F and low of 58°F. Like I said - spectacular. Of course that comes with a price - the Hayward fault runs straight through the city and it is one of those faults the USGS says is at risk for a major quake. Alas, in the nineties when the job market in Silicon Valley tanked it was wagons east and south for us and back to being Shackman. Next stop - Fort Worth, Texas. 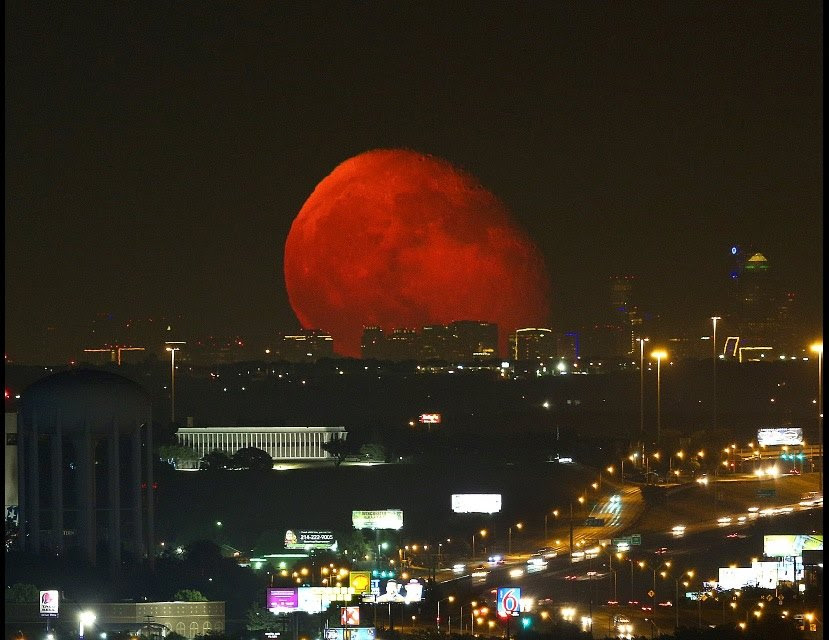 Fort Worth's climate is continental and humid subtropical, characterized by wide variations in annual weather conditions, long, hot summers, and short, mild winters. For more than 150 years Fort Worth was the only major city in the United States that had never had a fatal tornado. The city's luck ran out in March 2000 when a spectacular tornado tore through residential neighborhoods and the downtown area. Five people died in the storms, which caused an estimated $450 million in damage. and actually bent the Bank One tower - Which was then converted to condominiums.  The Clear- and West-forks of the Trinity River join near the center of Fort Worth and Lake Worth, Eagle Mountain West Lake, Benbrook, and Arlington Lakes form parts of its northwest and southern borders.

The political climate in Fort Worth is right-wing born again.  There is serious money in Ft Worth - 1% money but the monied folk are civic minded. Ft Worth has spectacular museums and a great zoo, The oil industry was very good to the town and the natural gas industry as well though the price of natural gas has caused a bit of a lull in the latter.

Of the 3 I consider only one to  be home in the deepest sense. this song will make that clear


That's this weeks shack-tke on the weekly LBC topic. Time to see what the others had to say.
Posted by Shackman at 10:00 AM 2 comments:

Our topic  comes again from Maria.  This and that. Various things. Bits and pieces. Medley. Remainders.

This - raindrops on roses and that - whispers on kittens

Is there a better example of this and that than TED talks? If you can imagine it someone thinks they're an expert and there's a TED talk.

Then there're these guys - recognize a fave??

That's a quick shack-take on this  week's LBC topic. Time to see what my compatriots think.