Going dark for a bit

Moving this week, will be back when everything is unpacked and hooked up....not likely to be here for this weeks LBC post as well

I'm running late today simply because this topic does not lend itself well to my usual check the topic and start typing methodology. This one requires a bit more thought.

I'm making an assumption - which as we all know can be dangerous - that Ashok is referencing corporal punishment towards children .  Its a hot topic in many places.

When I was in school corporal punishment ((AKA paddling) was allowed. I personally never encountered it.  No - I was not a saint - I was just lucky. My transgressions were typically in physical education (PE) classes and so my punishment took the form of  running laps or doing push ups.

The issue is whether or not corporal punishment works.  Does it change a child's behavior in the manner intended or does it contribute to a myriad of developmental and behavioral issues down the road. Is the child conditioned to behave better ala a pavlovian dog? Personally I suspect kids are smarter than dogs and simply resent the hell out of being paddled although I am sure a small percentage fears the punishment enough  to alter their behavior.  Fear is after all a primary motivator at least here in western society - populated by so many god-fearing people. Maybe4 the trickle down theory is at work here.  Ahem.

I suspect those who believe never hitting a child are also in the group that believe winning and losing - and learning how to do both - is not a good thing.  Considering that seems to have been started by my generation - the Baby Boomers - I'd like to ask them how they think that has worked for them.

Corporal punishment in schools should not happen but that requires parents to assume the responsibility for raising their kids.  All to often these days  parents see school as simply daily day care. They send undisciplined kids to school and act incredulous when little johnny or janey are called out in school for their bad behavior. It must be the teacher's fault. Frankly I am surprised anyone wants to be a teacher these days.

Corporal punishment in the home is acceptable to me - as long as it is not excessive.  But here where I lice a teenager can have a parent arrested for assault if they are spanked. Another case of ridiculous so-called "progressive thinking"

Bottom line - corporal punishment in schools is NOT ok.   At home - within reasonable limits it is. Sometimes smacking a toddlers hand when he/she plays with an electrical plug makes more sense than trying to reason with a child whose faculties to reason are not developed.

That's a shack-take on today's subject.

You get one life do-over. What would it be?

What was I thinking when I came up with this topic??? I have no earthly idea.

I joke about the multiple Xs in front of the L on my "buffalo petite" frame. Clearly I have food issues. It's my addiction. I love to cook and I love to eat. Until just recently there were no other issues but the stress of the last 5-6 years has taken it's toll. That nasty "D" word for older fatties like me has raised its ugly head as has the high blood pressure bugaboo. Not off the charts crazy BP - but still enough to have to watch it. My Docs over the years marveled at how healthy I have stayed. One - good old Dr Tilkin - sat in the examining room with an angry look on her face. She reminds me a bit of the bride of Frankenstein with her hairdo -the Doc's is all silvery gray but the do - well it's close enough. 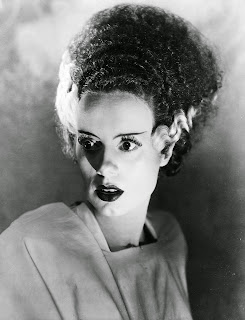 At any rate, she had a serious glare on her face. The comment was "I hate to tell a ### pound man he is healthy but dammit it's true. But I guarantee it won't last forever (she was right).

There's a direct correlation between something I would NOT change - I have smoked but one cigarette my entire life.  That was under a bridge with a few buddies. Luckily we were busted by one of their dads - so technically I never even finished it but I realized then and there I would never be a smoker. During my college days I became very adept at making special brownies and spaghetti sauce so I rarely even smoked the evil weed although I did get plenty of second-hand smoke at concerts and the like.  But I digress.

So there ya have it.  I should have managed my weight and health better so that's my do-over. But like most of us, I figured I was invincible back in those old days.

Self esteem.  We all need it.  Some folks have an excess of self esteem.

Some have an empty vessel that should be filled with it. 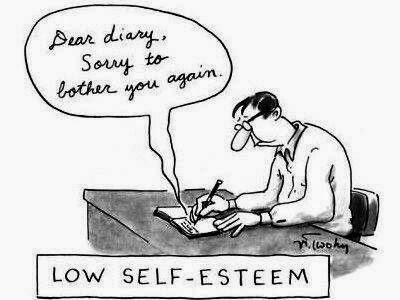 A lot of money is spent by those seeking to raise their self esteem.

Why the disparity? Life gets in the way. Sometimes with good results, sometimes with not-so-good results. I seriously doubt there is a self-esteem gene - IMHO it's a learned experience.  Nurture, not nature. I'll use youth sports in this little ditty to try and make a point..

Some unfortunate folks are beaten down early in life.  Very early.  Mom and/or dad  simply do not understand or care what the ramifications of their constant browbeating on their kids actually are. Destroy a child's confidence and you destroy the child and possibly the adult that child will become. Prevent a child from learning  the disappointment that comes from losing is a disservice to that child and ultimately to society. Kids need to learn to be both good losers and good winners. Positive reinforcement in a negative circumstance is essential. Perhaps it's just my Western Jock mentality but it makes more sense to ground kids in reality than to to ignore it.  Of course we tell so many cultural lies to our kids  (Santa Claus, Easter Bunny, Tooth Fairy, Storks deliver babies - etc.)  that a dose of reality just might be refreshing.
I recall from my time as a participant in youth sports feeling like total crap when my team lost a baseball game.  Especially if I pitched. For about 10 minutes I was a real bear.  But as the pizza place was about 15 minutes away I happily put the loss aside and dove into a Pizza Joynt Confusion with both my teammates and the other team.  After all - we went to the same schools, played on the same sandlot teams and were most assuredly pals.  Between bites of pizza we were learning - unbeknownst to us - valuable life lessons. Sometimes the best lessons are learned without knowing they are being learned.

That's a quick shack-take on the weekly topic.  Please check the others in the LBC to see what they think.

We've all heard it.  No doubt we've all said it.  It's the trailer to those facts that do not jibe with our point.  It's the exception to our rule.  Or to the statement made by the debater with whom we are engaged.

But what about yickety yack doo dah.  But can be a terrific counter punch to the argument being promoted by your opponent. It's the contrast to the presented argument used to show the argument is not without flaws.  There's wiggle room if the discussion is a negotiation.

But holds the key to many things.

It's the sign of the curiosity of a child.

It's the heart of a poem about things left unsaid or deed left undone.

All these things and more - that's what those 3 letters can do.

Check out the other LBC posters for their take on But...