LBC Topic - What you see out the window

Today's topic comes to us from Grannymar.

She lobbed me a musical softball this AM -


When I look out the window right now I see darkness. The early hour may have something to do with that as I start work between 4:30 and 5:00 AM most days. By the time I have had my second cup of coffee - assuming of course it hasn't been sprayed all over my display because of something funny forwarded by a friend - I see the hulking forms of 4 extremely large black oak trees in my back yard.

As the sun continues its inexorable rise, the forms .become more distinct, So do the sounds from the yard.  The resident squirrels decide its time to rise and shine - which sends our dog Ginger into fits -  who are these aliens that keep appearing in her domain every morning? 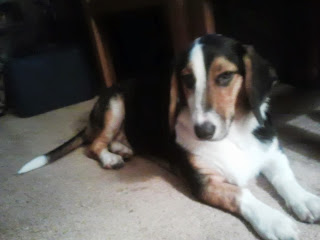 Unfortunately, being half Basset Hound, Ginger has a rather loud way of voicing her displeasure at the intruders while at the same time it seems the squirrels delight in chattering away to each other while doing the squirrel version of "Can't touch this".  Alas - Ginger is called inside and the squirrels do their victory dance.  The neighbors continue to sleep peacefully and all is right with the world out my window.

Time marches on,   Behind me in the house I hear the staccato sound of little feet running up the hall. My 31/2-year old grandson is up and ready to attack the day. He jumps down the single step from the kitchen to the mud room that is my office. He grabs my cup and looks to see if I have moved on from coffee - which he hates - to Coke Zero - which he loves..  Still coffee? I get scolded by him - coffee papa? ewwwwwwwwwwwww.  Coke Zero?  A grinning Have some papa? He drinks a bit and then looks for Ginger's green squeaky gator and grabs the doorknob,  looks at me, opens the door and heads outside.  Ginger follows and the battle is on. The green gator becomes the rope in an epic tug-of-war between DJ and Ginger.  DJ has finally gotten big enough to make the daily tussle a contest - he is no longer hopelessly dragged around the house and yard.  He gives as good as he gets. The battle will continue throughout the day wherever they may be.

Occasionally the view out my window is of a thunderstorm - often of seemingly biblical proportions. It literally appears as if someone is standing on the roof emptying buckets of water as fast as he/she can. When it ends the patio is literally under water until the water can drain.

By midafternoon it is typically 100° - or very nearly so.  Often that is a recipe for all 3 grandkids to be in the back yard playing in the water.  Many a water balloon fight has been contested in my back yard.  Of course it's advantage teenage granddaughters.  What I see out my window is a group of happy kids. Again - all is right with the world out my window.

For the rest of the day, there are squirrels and birds constantly moving about,  chattering away. On occasion a possum strolls across the back yard near the back fence and there are lizards galore.  On rare occasions a snake appears. And of course there's the old neighbor lady tending her yard. Scary thought - I suspect she sees me as her peer. Guess that makes me the old guy at the computer she often sees.

So that's a typical day and what I see out my back door window.  What do the other LBC folk see???  Take a look for yourself.  They're listed over there on the right side of the screen.
Posted by Shackman at 6:51 AM 3 comments:

This week's topic comes to us from our resident Dame Quixote in India - Padmum.

Granted - shopping in brick and mortar has its place -


I hate to shop. Always have, always will. Seems there was never a store big enough to hold all of the stuff I like to fiddle with and look at. At least until the Internet appeared and online shopping became available. I was a big fan of Amazon.com for quite a while.

In fact I make a living these days writing online product descriptions for the company that gave me my nickname. So I have a vested interest in online shopping called job security.  Or lack thereof - LOL. I guess that makes this paragraph a disclaimer of sorts.

It has been fun being involved in an industry that literally exploded on the scene and has experienced exponential growth. Amazon.com initially owned the business model.  They thrived - sales wise. As to profitability - not so much. Out of 60+ billion dollars in sales in 2012 they managed to show just over 100 million in profit. It doesn't take a genius to do that math.  It's called razor-thin profitability. But what a selection - all under one roof.  Mine.

The game is to drive people to a site and then convert as many as possible to customers.  Sell them something. The same applies to brick and mortar retailers. That makes it a marketing game and it succeeds only when the site delivers a pleasant shopping experience - including having the products available. Like brick and mortar retailers, online retailers rarely get more than one chance with a customer.

Here in the states it was often cheaper to buy online simply because there were no sales taxes collected on many sales transactions. I have no idea if that implies in other countries and it is rapidly changing here. If the online merchant has a brick and mortar presence in a state it can and must collect sales applicable sales taxes for purchases by customers within that state. Take my company for example - we are everywhere so there's no free ride on sales taxes.  Amazon has distribution centers all over and their tax-free zone is rapidly diminishing.  Seems too many local and state  governments realized how much lost tax revenue from online sales was costing them in real budgetary terms.

So I am clearly in the online shoppers club.  Charter member. Shopping clearly has an effect on most of us - be it brick and mortar or online.

Not over yet - LBC Topic of the Week

This week's topic comes to us from Will Knott.

So - what's not over yet? This song has a beginning, a middle and an end so it's over. Kinda catchy too.
Hmm - no fat ladies singing that I can hear. So it must not be over.

It's clearly not over for Arthur Lee in this little ditty (props to those who can name the songwriters without looking it up)
Is the implication of today's exercise that there is an end? That closure is a given?.  Well guess what - the only thing in life that is guaranteed closure is life itself.  In everything else there's no guarantee of closure.  Oh sure - there's usually an expectation or hope for closure. Witness this example...


Still not over yet???  Press on.  Who knows what you might accomplish by sticking with it - whatever it may be.

Some things stand the test of time and never really end.  They're carried in the hearts and minds of people through the ages.  Here's a corny example but one I've always loved.

Luckily for you, there's an end to this weekly LBC exercise and you have reached it. why not see what others have to say about Will's little exercise.
Posted by Shackman at 5:00 AM 7 comments:

The Onion Peeled - in Pics

There's been an ongoing commentary from some readers regarding the peeling back of the layers of onion that collectively add up to shackman. Here's the latest entry in that vein - and it's an onion guaranteed not to make you cry.  No guarantees offered regarding making you laugh.

I started out as a child. 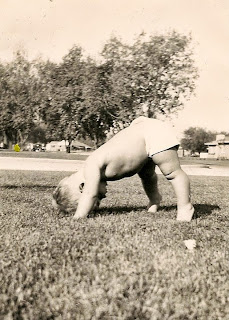 My gymnastics career ended shortly after this pic was taken as it was clear I was outgrowing the sport rapidly. Like most kids, I loved Christmas.

I had friends and a dog - Tommy, Kenny & Pudgie. 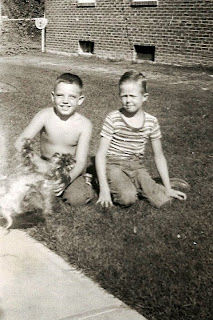 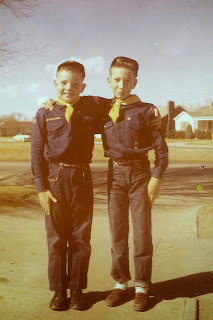 We moved to California where I eventually made it through high school. I was somewhat of a jock in high school. 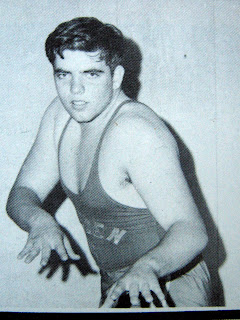 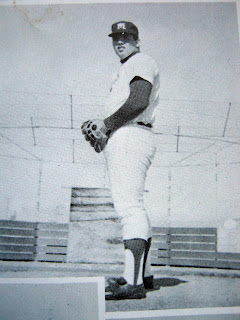 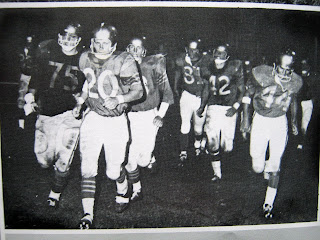 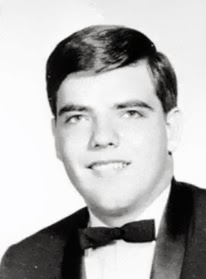 Soon after high school I met a girl. 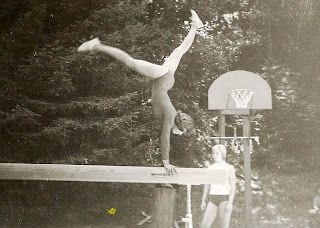 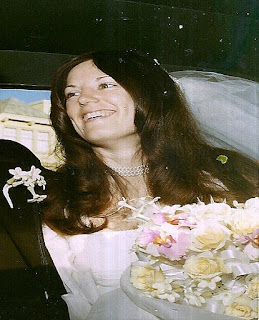 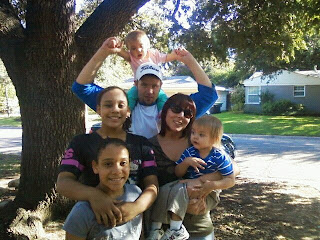 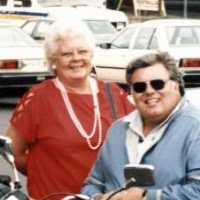 Eventually we ended up in Texas and I ended up like this - the grandfatherly curmudgeon most of you met on the Internet. Now if my beloved San Jose Sharks ever win Lord Stanley's Cup that curmudgeon label might just vanish. 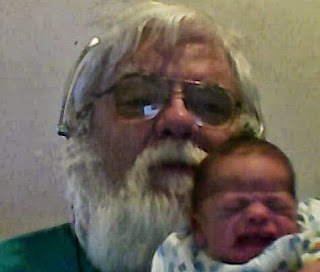 There's more to the story but that's for another day.

If I had to sum it all up in a song I'd choose Harry Chapin's Circle as the "A" side and  Glen Yarborough's Baby the Rain Must Fall as the "B" side.


That's it for this chapter.  More of a Vidalia than a Spanish onion.

This weeks LBC topic is contradiction.


Contradictions are everywhere. Why? I suspect it is because although man seeks order and consistency in all things our very nature is a contradiction to that proposition. Examples? I'm glad you asked.


1) How about those among us who tout balance in life yet yet are workaholics that must think balance is akin to 80% work and to hell with the rest.

2) The vehement anti-abortionist that supports the death penalty

3) Media outlets touting the truth yet reporting something entirely different - i.e. Fox News and MSNBC as primary offenders, others to a degree likewise

7) The notion that the most democratic, free society on the planet has a government that eavesdrops on all manner of communication - emails, phone calls and the like

8) The notion that the will of the majority in our society is suddenly evil incarnate when you disagree with that majority - Here's what Ben Franklin said along those lines - “The people heard it, and approved the doctrine, and immediately practiced the contrary.”


There are many more examples available yet I think the point has been made. Any of the items listed could be debated in depth.


Christopher Hitchens said it best - "The only real radicalism in our time will come as it always has—from people who insist on thinking for themselves and who reject party-mindedness.”


Contradiction needs to be managed - something of an oxymoron but true none the less. Progress requires the envelope to be pushed and the envelope is never pushed without change. And of course there is the notion that the managers must be managed - the cycle is never ending.


Now go read the other LBC folk as they contradict my notions on contradiction! It's all so confusing :-)