Common sense - a basic ability to perceive, understand, and judge things, which is shared by ("common to") nearly all people, and can be reasonably expected of nearly all people without any need for debate.(Thank you Wikipedia). Let's examine that.

Coffee is hot.  If you aren't careful and you spill it on yourself you could get burned. Yet a jury awarded a woman 2.7 million dollars in a lawsuit when she spilled hot coffee on her lap, scalding herself.  Luckily the award was reduced to a mere $640,000 and settled for an undisclosed sum. Lucky the lawyers were there to protect the innocent. Ahem.

Everything happens for a reason. Sometimes the reason is that you're stupid and make bad decisions.

A pair of teens - one 19 years old, 5-foot-6 and 270 pounds and another 14 and  is 4-foot-10 and 170 pounds sued McDonalds for damages related to their obesity. (Why didn't I evert think of that?). Yeah - Ronald McDonald held a gun to their heads and force fed them Big Macs and Happy Meals.

Lauren Rosenberg decided to sue Google for an excess of $100,000 in 2009 when Google Maps advised her to walk on the freeway to get to her destination, causing her to get hit by a car.

Kellogg sued Exxon Mobile, claiming that the Exxon tiger looked too similar to Kellogg's Frosted Flakes spokesperson Tony the Tiger.  Kellogg for some reason felt threatened by the Exxon tiger, concerned that children would mistake the gas station cat for the beloved beast on their cereal box.

In the interest or preserving the well being of my readers I offer a few other other common sense tidbits....

If you pull a dog's tail you may get bit

Ain't it the truth. 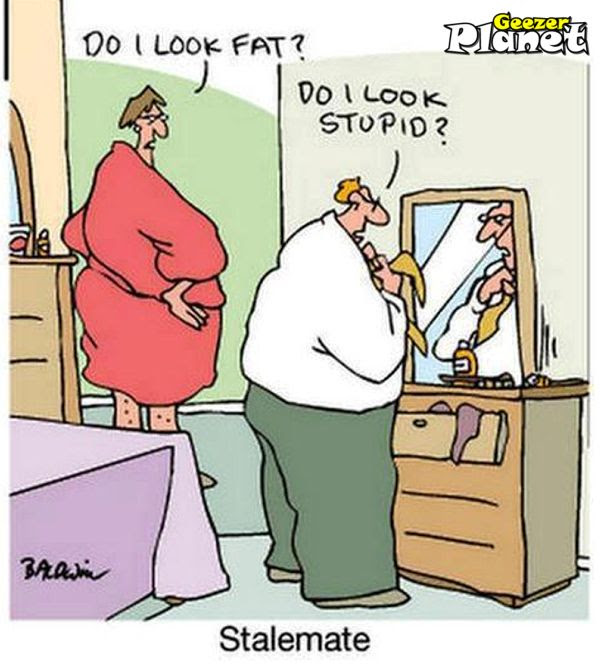 Yes folks - it seems common sense may not be quite so common these days.
But then there's this "Common sense is the collection of prejudices acquired by age eighteen."
ALBERT EINSTEIN

Like those Big Macs, there can be too much of a good thing.

That's this weeks shack take on our LBC topic - check out what the other LBC members (on the right side over there  have to say.   In parting I offer this little ditty I found on Youtube -

Winter has always been a favorite time of the year for me because Christmas and assorted other holidays suddenly make the world seem to be a better place.  Well - maybe at least the part I inhabit.

Now I agree that none of the lights in the example provided aren't over-the-top insane like some I've seen but these can be viewed riding on a Suzuki 550 while wearing shorts, an aloha shirt and flip flops - just like I did when I lived in Hawaii. The weather outside was not frightful - it was in fact delightful. In fact if memory serves, my last tour of the lights - 12/23/1986 to be exact - was a warm 75° or so and the street I was viewing was packed with folks -  the homeowners and all of us lookie-loos.  It was great fun and a memorable conclusion to my time in Hawaii. Christmas made an already friendly neighborhood even friendlier.  I'm sure there's a lesson in that for all of us somewhere.

The travails of city life.  Where to begin.

Lets start with crowds.  There are crowds everywhere - in the grocery store, at sporting events, in parking lots, restaurants. You name it and there;s a crowd - standing in line and waiting is the norm. I live in what is called the DFW (Dallas/Ft. Worth) Metroplex, populated by close to seven million folks in a wide variety of shapes and colors. loosely packed into its nearly 9300 square miles.  That's pretty large and I'm sure by many standards the density is nothing compared to places like India, China and others.  Dallas is the eastern anchor and Ft Worth the western anchor of this area and there are seven other principal cities  (so sayeth Wikipedia) and 14 different counties, each with their own rules and regulations - laws -  and the like.

Crowds beget traffic jams and we certainly have our share of them at commute time. Twenty years ago when we first moved here they were non-existent, As Mr Zimmerman said. the times they are a changin. And traffic begets accidents.

More people mean schools and public services are more costly.  School quality varies widely but you tend to be restricted to schools in your immediate area.  Woe be to the family in a less than ideal area without the resources to send the kids to private school.

Every area has its quirks.  Here we have wet and dry counties - a direct result of the undue religious influence of Baptists and Methodists in bygone eras. Luckily my county is wet.  Ahem.  Of course there are no sales on Sundays (in stores). There is a move afoot to correct that.

The smallest city I have lived in is a little berg called Rocky Hill, Connecticut.  We lived there in 1976 and to a varying degree we experienced many of the same issues there even though the population was less than 20,000. Rocky Hill is a suburb of Hartford - a smallish "big" city. The DFW Metroplex population is nearly twice that of the entire state of Connecticut as is the land area.

Of course there is an up side to living in a city - alas that's a topic for another discussion. See ya next week, same Bat time, same Bat channel. Be sure to check in on my LBC pals to see what they have to say on this week's topic.

TED states:  Our agenda is to make great ideas accessible and spark conversation.
With a thus stated agenda everything should be on the table.  Every idea should be open for discussion regardless if it is offensive to some.

On their Debunking TED myths page they further state : TED has no formal bans on any topic. If you notice we have not covered a topic of interest to you, please suggest a speaker who can do it justice, and feel free to let us know we've been missing out! We are always looking for new ideas, topics and speakers.

With that said, they also admit there are time and budget restrictions on who and what they present so there is a mechanism of control in play. Since the idea is to spark conversation, there is a degree of balance involved.

With those guidelines I submit no topic - if presented well thought, civil manner is unmentionable on TED. Now it might take some serious creativity to make some topics civil but hey - why should everything be easy - right???

That's my take on Ashok's suggested topic. Since he is an attorney I'm rather curious about his take on the subject. And here's a Friday tune for everyone....

What Nondescript Item Had The Most Impact On Your Life (How/Why ?)

What nondescript item had the most impact on your life? My response is seasonal so there are really two items - the American football and a baseball. Those of you who really know me know I was a jock in HS and college. In fact through college my identity was closely linked to sports -  most notably baseball, football and wrestling.  After college when I joined the real world I played softball and racquetball until my late forties.

Those activities offered a very shy guy a vehicle to interact with others in ways that never would have been possible otherwise as well as provide lessons in winning, losing and teamwork - all important things in life.  Oh - and a pair of gimpy knees and a bad shoulder too but nothing comes easy. I actually enjoyed high school - something of a rarity it seems based upon many conversations over the years - not because I was a "big man on campus - at my size that's a given :-) ) but simply because I enjoyed the games.  Interestingly enough, Facebook has allowed me to touch base and reconnect with many HS classmates and the first thing they all remember about me is that I was an athlete.   And a smart ass, but you all have figured that one already. And wouldn't you know that in 1985 a guy named Fogarty  wrote a song that really says it all - Put me in coach!


.
It wasn't until the Internet came along that it became relatively easy for me to interact with strangers and in fact to develop several meaningful friendships along the way,  So the Internet was also in the running for this post but somehow I think it is a bit of a stretch to call the Internet nondescript. But it has had quite an impact on my life.

hat's a quick take on today's topic, submitted by yours truly.  Oh - and Happy New Year everyone!